Intelligence For Your Life - Why Grandkids Are Good For You!

Why Grandkids Are Good For You!

There are significant health benefits to having grandchildren. 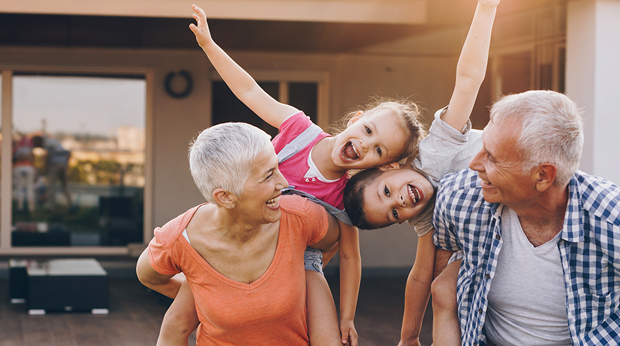 They say that the best part of being a grandparent is being able to give your fussy grandkids back to their parents at the end of the day. But it turns out there are significant health benefits to having grandkids.

For example: Having grandchildren strengthens grandparents’ social ties, which boosts their mood and health. Research by University of Chicago psychologist John Cacioppo shows that having kids around increases socialization with the children and their parents, and anybody else a grandparents sees while the kids are in their care. And that not only makes grandparents happier – it also strengthens their immune system, and reduces their risk of heart disease.

Another plus of having grandchildren: They keep your thinking sharp. It takes a lot of flexibility and mental energy to look after a highly-active child. And being forced to think on your feet is one of the best ways to stave off dementia.

Finally: Being a grandparent improves physical fitness. Whether you’re teaching your grandkids to walk or dance, or taking them to the park to play - more than 75% of seniors say being a grandparent helps them get the exercise they need.