Intelligence For Your Life - Why Does Red Trump All Colors In The Dating Game?

Why Does Red Trump All Colors In The Dating Game?

Here’s why you should wear red on your next date: Because it makes you more attractive! 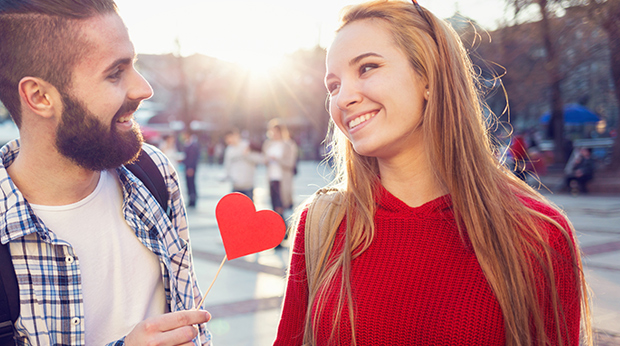 Here’s why you should wear red on your next date: Because it makes you more attractive!

Dr. Andrew Elliot is a professor at the University of Rochester, and he wanted to see whether color could make someone more appealing. He started by asking male students to spend 5 seconds looking at a photo of a young woman, and to rate her attractiveness. She wore the same clothes in every picture. Buy researchers randomly changed the color of the frame her photo was in from white, to red, to blue, to green.

The results were always the same: Overwhelmingly, the woman’s picture in the red frame was rated most attractive. The guys were also more interested in asking her out. And were willing to shell out more money on the date.

The researchers then moved the investigation into the field, to see if they could get the same results in the real world. So, they had a young woman stand by the side of a road and try to hitch a ride. And she randomly switched between different-colored T-shirts – either white, red, yellow, green, or blue.

After several days and nearly 5-thousand passing cars, it was clear the male motorists preferred the hitchhiking woman in the red shirt.

In general, cars only stopped to offer her a ride 12 percent of the time. But when she wore red, the number of cars that stopped doubled.

Then, researchers moved on to online dating. They created 6 identical profile photos - except for the color of the woman’s shirt. And just like with the hitchhikers, the woman got a lot more emails when she wore red.

So, why does red trump all other colors in the dating game? Two reasons:

First: We’ve been conditioned to associate red with love, passion and romance. Second: Animals, from humans to baboons to birds, flush red when they’re fertile. And when we humans flirt, we get a rush of blood that turns our face, neck, and upper chest red. So red is a sign of attraction.

And it’s not just an American thing - people across the world — from China to Germany — all find people who wear red more attractive.