With people looking to get out of the house, bikes are... 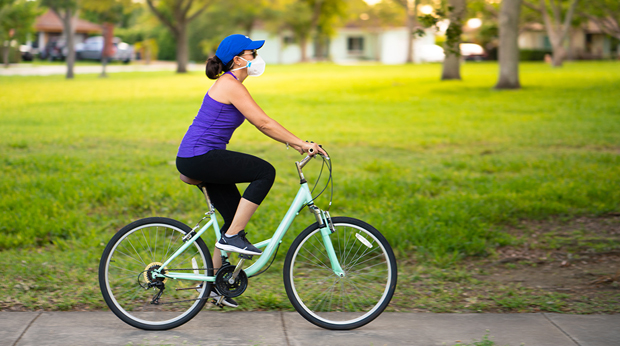 With people looking to get out of the house, bikes are suddenly the preferred mode of transportation! Sales of bikes in the U.S. have doubled year-over-year, and biking levels increased by over 250%!

And cities are accommodating all these new cyclists. In New York, 40 miles of streets have been closed to traffic - and opened for socially distanced recreation, like riding bikes. In LA, there are new protected bike lanes - along with a handful of “slow streets,” closed to through traffic but still open to residents driving in and out. Seattle and Oakland have miles of slow streets, too. And in Montreal, more than 200 miles of biking and walking lanes are being built to help businesses reopen. That’s because people on bikes are good for business! According to a study by the Department of Transportation, when cities increased cycling infrastructure, they saw increased retail sales. That’s because cyclists spend more per month in stores, bars and restaurants than drivers.

So, if you want to be outside, your best option may be to hop on a bike!