Intelligence For Your Life - Resist Temptation With This Tip!

Resist Temptation With This Tip!

Do you have trouble resisting temptation and eating healthier when there are treats everywhere... 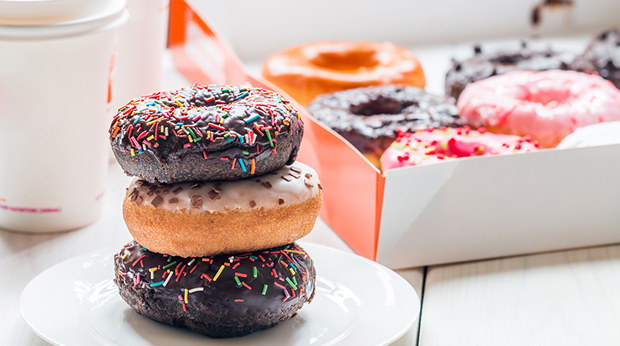 Do you have trouble resisting temptation and eating healthier when there are treats everywhere - donuts in the break room, and samples at the grocery store? There’s a way to tweak the way you say “no” that can boost your willpower, and make you feel better about your decision and less likely to cave in. The trick? Instead of telling yourself: “No, I can’t have that” - or “No, that’s off limits.” Try these two magic words: “Maybe later.”

According to a new study in the Journal of Personality and Social Psychology, that’s called "unspecific postponement"... Meaning, you’re putting off the decision to some vague time in the future. It keeps your brain from freaking out when you say “no” - and urging you to eat whatever you’re trying to avoid. In fact, delaying your treat - instead of denying yourself altogether - will make you even happier than just saying “no.”

During the study, researchers put each participant’s biggest temptation right in front of them. The result: Those who told themselves “I can have it some other time” were able to avoid eating it - AND they ate less of that personal favorite for an entire week afterward. Bottom line: The next time you come face to face with temptation, tell yourself “maybe later.” And it’ll kick your willpower - and your diet - into overdrive.