Intelligence For Your Life - Millennial Couples Are Buying Homes Before Marriage

Would you buy a house with someone that you were only dating? 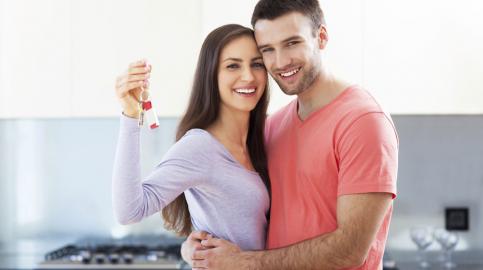 Would you buy a house with someone that you were only dating? A lot of Millennials are.

New statistics show that, unlike previous generations, young people aren’t waiting until they’re married to become homeowners with their partner.

In fact, 1 out of 4 Millennial couples have bought a house with someone before tying the knot. And even though it sounds legally and financially messy to take out a 30 year mortgage with someone you’re only dating - the trend is rising.

In fact, it’s become so common that some experts say that buying a home is the new engagement ring. It’s become an acceptable sign of long-term commitment.

So, what’s driving the “mortgage before marriage” trend? First, half of all couples live together before getting married now. And since they’re already comfortable living together, they figure that home ownership is an appropriate next step.

Also, a lot of couples want to take advantage of record low interest rates and housing prices. And they say they can’t afford to wait until they’re engaged – even if it’s just a year or two away, when rates might be higher.