Intelligence For Your Life - How To Talk To Your Cat!

How To Talk To Your Cat!

Practice your best falsetto voice if you have a cat… 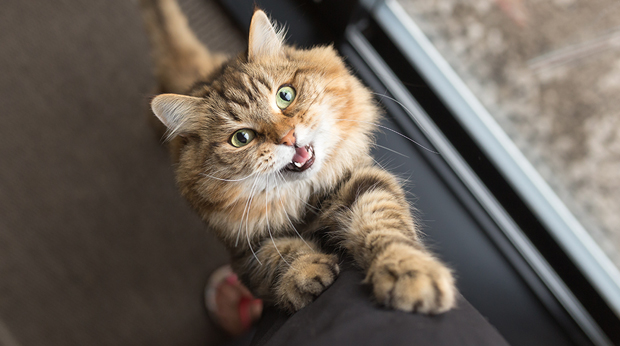 Practice your best falsetto voice if you have a cat…

Because cats prefer - and pay more attention to - high-pitched voices.

That’s according to Dr. Uri Burstyn, also known as the Helpful Vancouver Vet. He did an experiment to see which types of sounds and names cats responded to best. And he found that cats pay more attention when their names end in a high frequency. He says, since cats have ears that register high-pitched noises - like the sounds birds and mice make - they’re more likely to notice if their names follow that pattern. So, names that end with an “ee” sound have a better chance of catching your cat’s attention than one that ends with hard-sounding consonants. For example, a name like “Joey” is going to be much more effective at getting your cat’s attention than a name like “Jack.”

Cats are also more likely to pay attention to a human when they speak in a high-pitched voice, or use “baby talk.”

In fact, scientists from Lund University in Sweden think cats respond better to women because their voices tend to be higher pitched.