Intelligence For Your Life - How To Handle Annoying Dog Habits:

How To Handle Annoying Dog Habits:

With these 2 behaviors, you may want to cut your dog some slack! 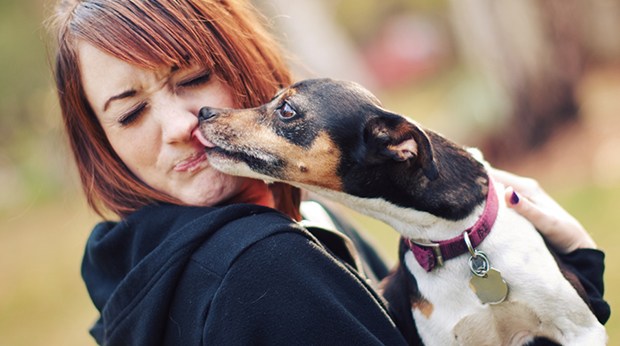 Cut your dog some slack! Here are two things your dog does - that you probably DON’T like - and the reasoning behind those behaviors.

We’ll start with licking. You can easily end up covered in dog slobber if you have a dog that loves to lick. Well, there are various reasons why they do it - but it mostly comes down to affection and respect. Puppies typically lick faces even more than adult dogs. It comes from their wild dog and wolf ancestors - where the cubs would lick their mothers' faces to show they were hungry and wanted to be fed. A dog may also lick you in a submissive way, to let you know they’re not a threat. And your dog may also be grooming you by licking. Dogs groom each other as a gesture of intimacy when they’re bonded.

Another unwanted dog behavior: Jumping up on you. It’s really is an instinctive display of affection from dogs. As a puppy, a dog learns to lick its mother's face and eyes. That's why your dog jumps on you. It wants to lick your face because it recognizes you as its "parent."