Intelligence For Your Life - How Different Pets Can Help Your Health

How Different Pets Can Help Your Health

We know that animals boost to our well-being. But certain animals have different benefits... 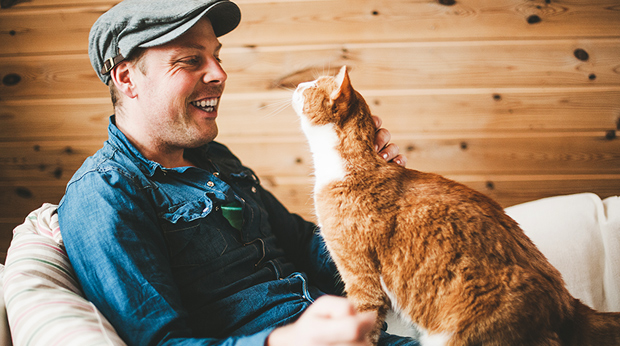 If you have a stressful job, adopt a cat. In a study, State University of New York researchers told stockbrokers with high blood pressure they could either take blood pressure medication, or take medication AND get a cat. After six months, the cat owners had drastically lower blood pressure than the pill poppers. They also did much better on tests that measured the ability to cope with stress, whereas the group that only took medication showed no improvement. Cats are a low-stress pet because they aren't as demanding as dogs, but provide similar affectionate interaction.

Next, if you’re depressed, adopt a dog. First of all, dog owners are 34% more likely to get the daily-recommended amount of exercise - and exercise fights depression. Plus, according to the Depression Research Program at UCLA, being around a dog produces positive biochemical changes in the brain.

What can a fish do? A lot. Studies show that watching fish can lower heart rate, muscle tension and blood pressure. And in a study of people about to undergo dental surgery, those who gazed at fish for 20 minutes had stress levels as low as people who’d been hypnotized.

And there’s a reason horses are used in so many therapy situations. Veterinarian Dr. Marty Becker says being in control of an animal that size makes people feel they can gain control over the large issues in their own lives. It’s empowering. Plus, horses mirror the emotions and energy of the people around them. So it forces people to be calm, assertive, focused and patient… which is why equine-assisted therapy is used to tackle mental health issues like anger, depression, low self-esteem, grief, PTSD and autism.