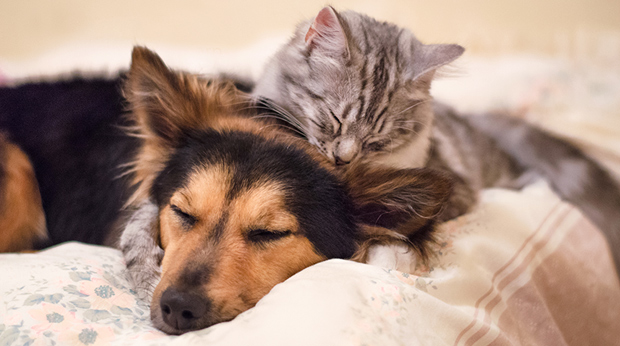 A new study proves what we've always known: Cats are cunning, and dogs are impressionable. A new study found that dogs rely on outward cues to live with humans, not unlike babies, which influence their behavior even if they can't understand language. For example, dogs prefer half-eaten plates of food that humans obviously love, over bigger portions that humans aren’t eating. Because they learn from us – if we think it’s delicious, dogs think it’s a safe bet they will think it’s delicious too.

Cats, on the other hand, will purr to manipulate us. It’s called a "solicitation purr," which has a pitch that’s difficult to ignore. Cats use it to get humans to do what they want – whether it’s to be fed, or to give them a scratch. Then, once the human has done the cat’s bidding they’ll stop the purr.