What’s the deal with a bedtime snack? Is it a recipe for obesity and poor sleep? Or just the thing you need to drift off? 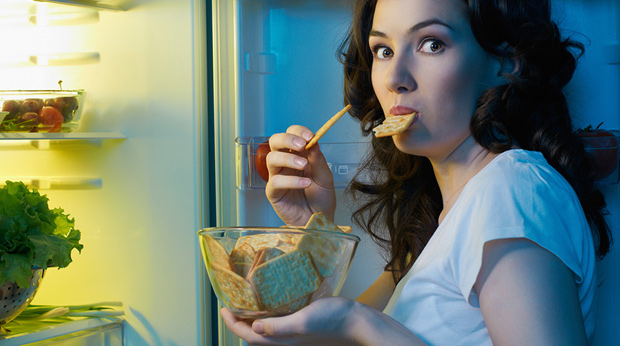 What’s the deal with a bedtime snack? Is it a recipe for obesity and poor sleep? Or just the thing you need to drift off? The answer depends on what you eat.

That’s according to research from Northwestern University. They found that, generally speaking, eating after 8PM can increase a person’s risk of obesity. That’s because people tend to eat unhealthier foods later in the day and bigger portions. Late night eating can also disrupt sleep patterns. That lack of sleep then increases hunger hormones the next day, so people who are tired eat more and eat foods that are higher in fat, sugar, carbs and calories. It becomes a vicious cycle.

But it doesn’t have to be that way. We just need to know the right and wrong foods to eat. So let’s start with the worst foods to eat before bed: That’s anything high in tyramine, which interferes with sleep. It’s a naturally occurring chemical that regulates blood pressure. And if you eat foods loaded with tyramine, it can keep you awake for hours and even trigger headaches. That includes foods like aged cheeses, processed meats, soy sauce and beer. Also don’t eat fatty foods before bed because they take longer to digest.

So what makes a good bedtime snack? The experts say, first of all, it needs to be 200 calories or less. Because if you’re too full, it can trigger heartburn. Second of all, you want foods that release the amino acid tryptophan, which regulates mood, body temperature, and promotes sleep. Good sources are poultry, beans, peas, lentils, eggs and yogurt. Other good bedtime snacks include foods rich in magnesium, calcium and potassium because they help our muscles relax. Foods that combine all those are pecans, brown rice, oranges and cherries. Or just have a small bowl of cereal. Cereals are fortified with all those nutrients. Put some low-fat milk on top, and you have an easily digestible bedtime snack that triggers relaxation.