Intelligence For Your Life - Bear Encounters Are On The Rise!

Bear Encounters Are On The Rise!

Here’s what to do if you’re ever face to face with a bear! 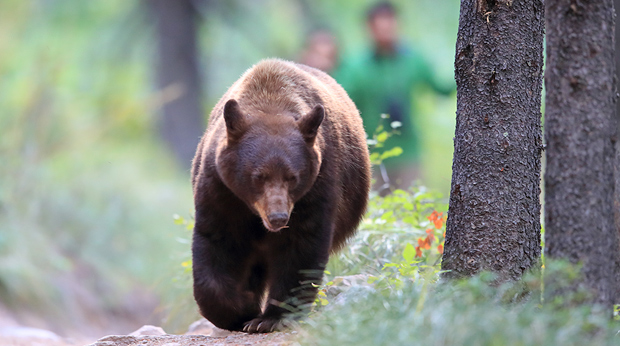 Statistics show that human encounters with bears are on the RISE these days. So, I’ve prepared a quick course on what to do if YOU see one, from bear expert Ann Bryant. Including the bear body language signs to look for that could save your life!

Bear encounters with humans are on the RISE because more people are living and working in areas traditionally considered “bear territory!” In fact, you can find bears throughout North America, with the exception of Hawaii. So, what should you do if you see one? Here are the facts from Ann Bryant, director of SaveBears.org:

First, if the animal’s on YOUR turf, like in your backyard, try to scare it away… say, by yelling, stomping, or banging pots and pans together! Bryant says most bears are, quote “big chickens”… and they normally won’t go near people unless they’re looking for food.

However, if you’re out in the wild, you’re on the BEAR’S turf… and that’s where Bryant says it’s important to quickly read their body language. Because if the bear is just huffing at you and swatting the air, that usually means it’s being defensive. It’s saying “You don’t belong here and you’re scaring me, so GO AWAY.” So, your response should be to SLOWLY back away, while avoiding eye contact.

But what if the bear follows you, with its ears forward, looking like it wants to attack? Bryant says NEVER run - because bears WILL chase you. And you cannot outrun a bear. Even Usain Bolt can’t. So, back away slowly, but try to look big and intimidating, like you’re ready to stand your ground. The good news is that about 99% of people who do this walk away unscathed!